Cardano (ADA) Forecast for end of 2018: A little-known cryptocurrency with possible three-digit gains.

Cardano (ADA): Why This Cryptocurrency Is Soaring

When the crypto currency markets took a breather, an unprecedented outsider came to the fore. Cardano (ADA) is now among the top 10 of the world’s most valuable cryptocurrencies and displaced Ethereum Classic, NEO and NEM from its path.

But What Is Cardano And Why Is The Market So Enthusiastic About It?

Read on to get the answers to these questions and more, followed by a three-digit profit forecast for Cardano (ADA) for 2018.

Crypto investors have experienced a small and very short term slump in recent weeks. Prices for top crypto currencies fell by 20% as the market underwent a major correction. Although most coin prices have recovered strongly, selling them off was a good opportunity for some to get started. 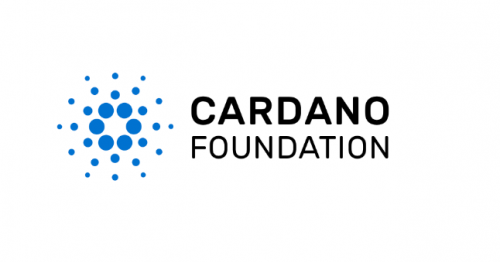 The hard reality is that these “cryptic” investments make investors self-satisfied. Crypto currencies create overnight millionaires and the “believers” do not seem to worry about the possible price bubble that could destroy their dreams at any time.

Although I remain optimistic, I have urged crypto currency investors to understand that this new “IT” investment idea is full of pitfalls. In the crypto universe, where over 1300 crypto currencies fight for investor dollars, not all are worth their money and time.

Betting and trading can work in the short term when the stars are in your favor, but the key to long-term success is to find the right crypto currencies.

Ethereum is an example of such an old coin (a cryptoalternative to bitcoin), which offers many unique possibilities in cryptographic financial and business transactions. Smaller crypto currencies try to distinguish themselves in the crypto world by calling themselves “Ethereum equivalents” or “Ethereum killers”. One such example is Cardano, which is positioned as an Ethereum competitor with better properties. A leading personality behind Cardano is also a former Ethereum developer.

Before I come to Cardano’s (ADA) price forecast for 2018, here is a brief overview of what it actually is if you are new to blockchain technology.

What Is The Cardano (ADA) Cryptocurrency?

Cardano, like Bitcoin and Ethereum, is a blockchain-based platform for individuals and organizations to conduct financial transactions anonymously and privately without interference or monitoring by third parties.

These transactions are conducted on the Cardano platform using its crypto currency “ADA”, the equivalent of “ether” on Ethereum and the bitcoins (with a small “b”) on the Bitcoin platform.

A Cryptocurrency With Great Potential

Even a loaner could see the obvious advantage in Cardano. This crypto currency is not only a better repetition of the older blockchain technologies of Bitcoin and Ethereum, but should also work well with governments and regulators around the world who have so far denounced the idea of crypto currencies.

But that’s not all. The team behind Cardano takes this crypto currency to a new level. They are committed to bringing traditional Fiat currency products and services into the Cardano network.

Japan As A Market For Cardano In 2018

Starting with ADA debit cards, the team plans to set up ADA ATMs throughout Japan. You may wonder why Cardano chose Japan as the starting market before moving to the rest of the world. Japan is well suited for a test run, as the majority of the population is already accustomed to crypto currencies or invests in them.

Due to the Japanese initiatives of Cardano, many call the crypto currency the “Ethereum of Japan”.

Cardano’s big bets have already attracted the attention of experienced crypto investors starting to focus on ADA. The ADA to USD exchange rate shot up more than 500% in a week after the crypto currency became available for trading on the major exchanges Bittrex and Binance.

The ADA to USD exchange rate remained unchanged at USD 0.02 per coin for months before rising to USD 0.13 last week. The daily trading volume also gained momentum as buying and selling activities picked up.

But beyond these bullish signals, I see further upside potential due to another key development expected in 2018, which could push the Cardano price (ADA) above USD 1.00.

This second tranche is called “Shelley” and is equipped with the additional layer of “Smart Contracts”, something similar to Ethereum’s Smart Contracts that allows users to carry out more than just financial transactions on their platform.

On Shelley, Cardano users can customize their financial and business contracts while maintaining privacy in their transactions. This is the point where ADA could see another round of triple-digit gains.

Crypto currencies have gained a lot of traction in the investment community, as more and more people are joining this investment idea. But hyperinflated prices are now becoming more worrying as fears of a price bubble are growing.

In times like these, you should look for an undervalued crypto currency with solid upside potential. Cardano is an option that probably won’t disappoint you.

This crypto currency is still in development and investors have a good chance to strike while the iron is still hot. The tailwind I mentioned above could become the harbinger of a major rally of Cardano prizes in 2018.