Bitcoin Dilemma: How Trade And Industry Turn Away From The Cryptocurrency

Intended as a currency, but above all used for speculation: Bitcoin’ price volatility is a bar to the original meaning and purpose of the cryptocurrency. The hype raises questions.

“I can’t remember when the last customer paid with Bitcoin,” says the owner of the coffee bar Leuchtstoff in Berlin. He is by far not the only shop operator who says so. Although Bitcoin is establishing itself in the financial world and rushes from one record high to the next. Since the beginning of the year, the price has risen from around 1,000 to at times over $ 20,000. But this success leads to a dilemma.

For what was supposed to be a digital currency threatens to become a purely speculative object. For payment Bitcoin is therefore only conditionally. For shopkeepers and online retailers, extreme price swings are uncomfortable – prices need to be constantly adjusted. And who wants to spend money that has no stable value and rather to the speculation on price gains invites? 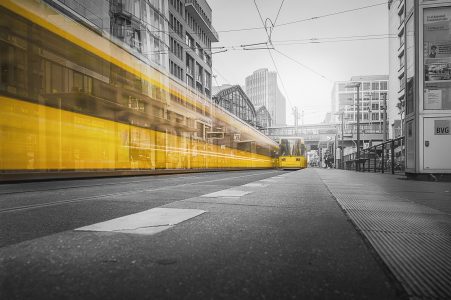 In Berlin, where for years more and more hip cafes and startups offer bitcoin payments, the problem is already noticeable. At least there were at least ten Bitcoin payments per year, says coffee bar owner Göttsch. In the meantime, however, the transactions have dried up completely. “The staff already forget how it works with the Bitcoin assumption.”

Also, the Berlin pastry Engelmann gets lately no more Bitcoin requests. There have always been problems, says the owner. For example, customers accidentally transferred the money twice because they were not sure that the transaction actually took place. It seemed Bitcoin for a time as a means of payment on the rise.

The Industry Is Turning Away Too

In the United States, major corporations such as Dell, Expedia or Microsoft introduced the crypto vise already in 2014 as a payment option. Even Ebay flirted with it at that time. How does it look today? Computer giant Dell has abolished Bitcoin payments due to “low demand” again. On Ebay you are wrapped in Bitcoin plans in silence, even ex-daughter Paypal is no information on crypto-experiments. Microsoft also does not want to comment on its Bitcoin experiences.

The online travel agency Expedia still accepts Bitcoin – but still only with hotel bookings on the US website. At the start more than three years ago, it had been said that the offer would be expanded if it was well received by customers. After all: According to a spokeswoman, the transaction volume has doubled in the last ten months. However, she did not want to give concrete numbers.

In early December, even the online computer game retailer Steam was forced, despite its cyber-enthusiastic client base to stop the Bitcoin acceptance. The fees had risen rapidly – from initially 20 cents per transaction to last almost $ 20. Added to this are the enormous value fluctuations. “If the transaction was not completed on time, the required amount for the payment may change,” it says at the online retailer.

The only industry where Bitcoin payments are still established and even getting further promoted is the sports betting industry. Obviously the initiators of sports betting platforms not only like to bet on sports events, they also seem to bet on a higher bitcoin price in the future by still supporting the cryptocurrecy as means of payment on their site. On the other hand, people using BTC for betting activities on bestbitcoinbetting.com would likely not accept if the payment option gets erased since Bitcoin makes betting online relatively anonymous, and the gamblers don’t need to use their fiat money savings for playing/betting.

Nonetheless, bitpay.com, the leading Bitcoin payment processor, has a positive conclusion for 2017. “Those who do not live under one stone will have seen their daily transaction levels reach new highs this year,” the company in Atlanta said. For the first time, payments of more than $ 1 billion were made, and growth was 330 percent for the year.

That sounds strong, but pales in relation to the bitcoin price hike, which peaked at over 2,000 percent over the same period. Even measured by the e-commerce market as a whole, the volume is rather modest. By comparison, on the Cyber ​​Monday discount battle alone, more than $ 6 billion was spent on the Internet on a single day and only in the US.

There are more and more Bitcoin payment services entering the market offering debit cards for easy BTC payments as a direct substitute to credit card payments. Bitcoincoupons.org offers discounts for such payment cards.

The Bitcoin community is well aware that speculator seizures may hurt their goal of a free currency that could make dollar or euro competition. Last but not least, to facilitate transactions and to counter the gambling, was split off in August after long struggles in the community of Bitcoin Cash from Bitcoin.

Bitcoin is one of the best possibilities for people without a bank account and in many countries this is a huge problem which can be solved. Read more at ElMundoFinanciero.com.

Since then, the course has exploded here as well. And the Coinbase trading platform’s attempt to absorb Bitcoin Cash has only led to further turbulence – the hype surrounding crypto money just seems too big to keep out speculators.