Now Sichuan too: the end of Chinese bitcoin mining

When a Bitcoin mine falls in China, Bitcoin trembles; when even an entire province’s mines shut down, the network’s hashrate collapses. Over the weekend, China dealt a death blow to domestic mining – but the network’s game-theoretic mechanics withstand even that attack. Without mining nothing works in the bitcoin world, no lending, no trading, no gambling and no nothing.

On Saturday, what was widely expected and feared happened: Authorities in Sichuan also ordered all bitcoin mines to shut down. Thanks to its lavishly abundant hydroelectric power, the central Chinese province is considered the world’s most important mining location – and the hasty shutdown of the mining industry is perhaps the most serious cut in Bitcoin’s history. It will be a “historic moment,” Chinese Molly said on Twitter, when all bitcoin mines in Sichuan shut down at 12 p.m. on June 19.

The provincial government announced it would close 26 mining farms. Videos of miners frantically dismantling their miners circulated in Chinese chat groups. Accordingly, Bitcoin’s hashrate, i.e. the total computing power of all miners, plummeted significantly even before the final shutdown. After that, the network lost another 15 percent hashrate. This brought it down to a 180-day low.

Hashrate of the Bitcoin network 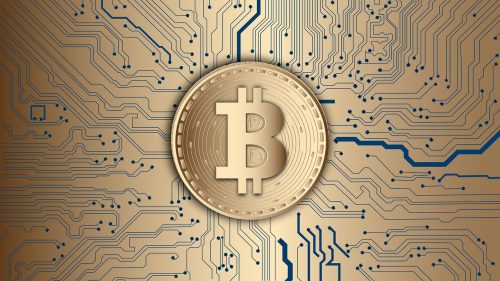 Sichuan, however, merely completes the exodus of miners from China that began back in early June. Since then, Bitcoin’s hashrate has lost about one-sixth, and even one-third from its peak in mid-May.nThe consequences of the recent slump were clearly felt by Bitcoin users: instead of 144 blocks, the last 24 hours saw only 107; the time between two blocks averaged 13.5 minutes instead of 10. With 167,000 transactions, miners processed as few transactions as last seen in mid-2018. Bitcoin froze a bit.

That Sichuan thus dealt a death blow to mining in China was to be expected after a council under Vice Premier Liu He decided on a mining ban and the provinces of Inner Mongolia, Xinjian and Quinghai enforced it. But it was still possible to hope that China would mainly crack down on the “dirty” miners, i.e. those who burned coal power, and let live those who used clean, i.e. hydro, power, like those in Sichuan.

With the end of mining in Sichuan, it is now clear that China’s mining ban is not for environmental reasons, as was sometimes pretended, but for political ones. Long-time readers of our blog know this. It has been clear since the beginning of 2014 that the Chinese government does not love or accept Bitcoin, but at best tolerates it. Bitcoin is only allowed to live in China if it stays small, as Zhang Weiwu explained.

Our Chinese guest author at the time described how the Chinese government creates “harmony” in the economy: if it doesn’t want a company, it makes it so hard for it to do business that it gives up on its own. It is better, however, if the company remains so small that it is harmless. Then it would not be necessary to drive it into bankruptcy. The smaller the measures needed to maintain harmony, the better. Therefore, Weiwu predicted, “If Bitcoin becomes big and strong again in China, new policies will come and suppress it. If Bitcoin stays small, it will be allowed to live.”

The government of China demonstrated again and again how right Weiwu was in countering any demonstration of strength by Bitcoin with its own demonstration of power. The bigger Bitcoin got, the harsher China’s government cracked down on it. Now Bitcoin seems to have reached a level beyond which the cryptocurrency cannot be tolerated by China at all. Even if it means losing revenue from mining and the sale of mining equipment, and even if it means driving miners from carbon-neutral locations near Sichuan dams to CO2-heavy places like Kazakhstan or Russia. It’s just not about ecology, it’s about politics. Bitcoin is no longer a naughty child – “but a wrongly born one.” If it hadn’t been, Bitcoin probably would have failed.

And yes, miners are looking for new sites, sometimes in a panic. But many mining companies have anticipated that China will not be a permanent home for them. For example, Bitdeer, the company of Jihan Wu, the former CEO of Bitmain, did not open a single mine in China, but instead focused on the United States, Northern Europe and South Asia from the start, explains China blockchain expert Collin Wu, and mining pool ViaBTC, which has been internationalizing its farms for two years, has temporarily become the largest mining pool in the world. On the other hand, pools such as AntPool, F2Pool, Binance and BTC.com, which continue to mine mainly in China, are bleeding.

Here, too, the game-theoretical mechanics of Bitcoin kick in: If China no longer wants to be home to the miners, other locations present themselves: Texas in the U.S., which boasts abundant wind, solar and nuclear power; Kazakhstan, where much of the power continues to come from coal; Russia and Florida; Paraguy, where the government wants to officially legalize cryptocurrencies and use the rich sources of hydroelectricity for mining; or El Salvador, the new Bitcoin paradise, where the president is personally planning mining facilities using volcanic hydroelectricity.

The 30-50 percent of miners currently looking for a new home will find it. It won’t be the last time they go wandering. That’s because miners are like locusts: once they find an energy source, they suck on it until there’s nothing left for anyone else. Sooner or later, miners threaten the stability of power grids and the supply of electricity, even in highly developed regions. But whenever they are scared away from where, they find a new home that welcomes them with open arms as buyers of surplus electricity. 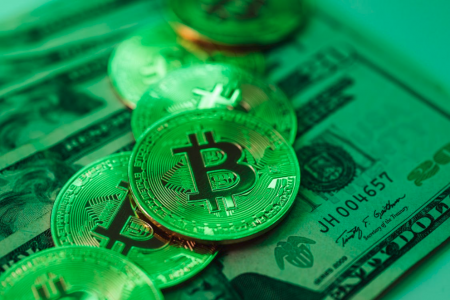 Many Bitcoiners have been educating their kin and acquaintances about cryptocurrency for years. They tell here, tell there, and whenever prices rise again, their kin and acquaintances bombard them with dozens of questions. Can it be that money is created from nothing? Isn’t it too risky? Isn’t the price too high now? Can someone change the algorithm? Is there anyone who can take the coins away from my wallet? Don’t only criminals use this? And shouldn’t I rather buy something new, like Coin XYZ, because it rises even more than Bitcoin? And so on.

Most Bitcoiners have answered these questions ten times more than they want to, and far too often people don’t seem to understand or want to understand the answers. People then don’t buy during the bubble because it’s too expensive, and afterwards they don’t buy because it’s too cheap; they’re annoyed by Bitcoin fans who want to promote Bitcoin all the time, but then decide to get into one of the blockchain MLM systems that some distant acquaintance promised them such great profits on.

Just in the Corona year 2020, it became more than obvious that the good citizens who save in Euros are being milked, and that a course has been systematically set that alternatively transports wealth from the small citizens to the government and to those who hold their wealth in stocks. It should also be obvious by now that this gigantic robbery, which shovels money from the bottom to the top, has been going on for a good decade, and is also already producing the first statistically and lifeworldly noticeable consequences.

Bitcoin is simply an offer to escape this destructive system. An individual Bitcoin investment will not stop the system, nor will it prevent others from being trapped. But Bitcoin – whether as money or investment – gives every individual in the world the chance to withdraw their own assets and lives from this system. And those who do not take this chance, because of this or that or sellem reason, the … –

To be honest, I have also often found myself in such a slightly resigned situation. At some point, there’s not much left but to say, after a long discussion, “Well, the system is breaking your savings, that’s logical, and Bitcoin helps you protect against that. You can use that or not, I’m not going to persuade you to do anything.”