What is crypto currency? – a fable of the 21st century or the future of money? 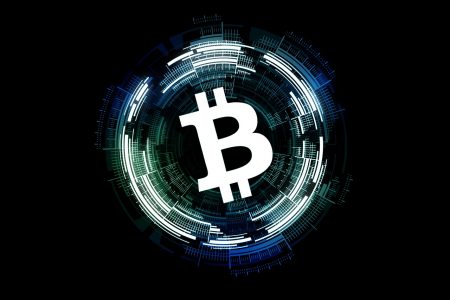 Cryptocurrencies are already a global phenomenon. Unfortunately, they are mainly associated with nerds and freaks – but this is mainly due to the fact that people hardly deal with cryptocurrencies. Most people have no idea of this matter. Banks, governments and companies, on the other hand, are well aware of the power and importance of the Blockchain technology behind the cryptocurrencies.

It’s 2017 and it’s really hard to find a big bank, accounting firm, a prominent software company or a government that hasn’t dealt with crypto currencies yet. Most of them have already published papers on so-called “blockchain applications”.

But despite the hype and media presence, the majority of people, including bankers, consultants, scientists and developers, have limited knowledge of cryptocurrencies. Most of them fail to understand the basic concept behind it.

So What Are Cryptocurrencies?

What is crypto currency and how did cryptocurrencies emerge as a by-product of digital cash?

Only very few people know, but cryptocurrencies were created as a by-product of another invention. Satoshi Nakamoto, the unknown inventor of Bitcoin, the first and still most important cryptocurrency, never had the goal of creating an actual currency.

In his announcement at the end of 2008, Satoshi said that he had developed “a peer-to-peer system for electronic payments”.

His goal was to create something that many people failed to do: Digital Cash.

I announce the first release of Bitcoin, a new electronic checkout system that uses a peer-to-peer network to prevent duplicate spending. It is completely decentralized, without central servers or authorities – Satoshi Nakamoto, 09.01.2009, announced on SourceForge.

The most important part of Satoshi’s invention was that he found a way to establish decentralized digital accounting. Although there were already numerous attempts to create digital money in the 1990s, they all failed!

… after more than a decade of failed, trustworthy third party based systems (Digicash, etc.) they consider it doomed to failure. I hope you see the difference. This is the first time, as far as I know, that we are trying a system that is not based on trust. – Satoshi Nakamoto in an email to Dustin Trammell.

After all central attempts failed, Satoshi tried to create a digital POS system without a central instance. This is similar to a peer-to-peer network for file sharing.

This decision became the birth of the cryptocurrencies and blockchain as we know them today. The missing link to realize digital cash was discovered by Satoshi. This link is the reason why cryptocurrencies have a very technical and complex structure.

Once you understand this, you know more about cryptocurrencies than most. I’m trying to make it as easy as possible:

To realize digital cash you need a payment network with accounts, balance sheets and transactions – that’s easy to understand. A major problem that any payment network must solve is to prevent so-called “double spending”. If this does not happen, a single person can spend his money twice. Usually this is prevented by central servers, which record the balances of the accounts.

In a decentralized network, however, there are no such servers. So every single instance in the network has to do this task itself. Each partner in the network (peer) must have a list of all transactions to check whether future transactions are valid or whether money is being spent twice.

This means: Each partner in the network has a record of the balance sheets and checks whether the “account balance” of the person who wants to carry out transactions is sufficient to actually be able to carry out the transaction.

But how can the individual participants stay in agreement (consensus) with the recorded data sets?

If the peers in the network (the equal computers[PC]) do not agree on a single credit – that is, if there is no match in the network – the entire system is destroyed. You need an absolute consensus! Usually you take a central authority to declare the correct balance. But how can one obtain lasting agreement without a central office?

Nobody had a working idea until Satoshi appeared out of nowhere. In fact, no one believed it was even possible.

But Satoshi had proven it. The innovation behind Satoshi’s blockchain was to achieve consensus without central authority. Crypto currencies are part of this solution – the part that has helped! The solution is so exciting and fascinating that it was worn around the world.

What Are Cryptocurrencies Really?

Limited entries in a (decentralized) data chain that no one can change without fulfilling certain requirements.

That may sound funny now, but believe it or not, that’s how you can define a currency.

Let’s compare the money in our bank accounts: Are the Euros there more than just entries in a database that can only be changed under certain conditions? No!

Money is always just verified entries in a kind of database of accounts, balance sheets and transactions.

How miners create coins through mining and confirm transactions:

Let’s look at the mechanism that controls the databases of cryptocurrencies. A cryptocurrency like Bitcoin consists of a network of peers (equal participants). Each peer has a complete record of all transactions and thus the balance of each existing account. An “account” is called a wallet in the world of cryptocurrencies.

This is a simple public key encryption (cryptography). After signing, the transaction process is sent to the network and sent by one peer to all other peers. This is the simplest P2P technology, so nothing special.

Only Miner can confirm transactions. This is their task in the network of cryptocurrencies. They check transactions, verify and legitimize them and disseminate them in the network. After a transaction has been confirmed by a miner, each node must add it to its own database. Thus it has become part of the blockchain. Simply put, a node is a server that has downloaded the entire block chain of a cryptocurrency and is permanently online to show it off.